A Cat’s Guide to Meddling with Magic Excerpt: Chapter 2

You can download the book from Amazon by clicking on the link at the bottom of this page.

Chapter 2: Where is Persia?

Dawn had already broken, and the warm light streamed through the gauze curtains of Aleam’s abode. I lay on Aleam’s sofa, nestled into the warmth of Ta’ra’s furry chest, my mouth now dry and a bitter ferric tang on my tongue. Aleam slept in the next room, the door ajar from where his soft snores emanated.

I stirred, and Ta’ra pushed me away with her feet. So, I leapt down to the cold stone floor, and I yawned. I went over to lap up some water, imagining it was the soft taste of milk that rolled over my tongue. After that, I wolfed down some dried mackerel, working my way around the thin bones.

How I missed those days of comfort and freedom in South Wales. Now, stuck in the kingdom of Illumine, I imagined I’d never return home. But at least I was safe and not trapped in some warlock’s abode to execute his nefarious plans.

“The dreams again?” my dragon, Salanraja, asked in my mind. I’d come into this world through a portal created through Astravar, and after escaping I’d stumbled upon Dragonsbond Academy and bonded with her.

“Every night, now, it seems,” I replied. “Why can’t that warlock just go back to playing with his crystals and leave me alone?”

Salanraja paused. “I’m dreaming of him recently too, remember. He’s clearly up to something.”

“If his demon Maine Coon isn’t enough for him, then he can summon another cat from another dimension. Maybe a good Persian would be stupid enough to do his bidding.”

“A Persian. You know… from Persia?”

I lowered my head. “I don’t know, exactly. Never been there.”

“You’re an odd one,” Salanraja said. “I keep saying it, but I really, really think it’s time to tell the Council about your dreams.”

“I’ll tell them when I’m good and ready,” I said. “In other words, when I consider them to be a threat.”

“Suit yourself…” Salanraja said, and her voice cut out of my mind. She didn’t sound pleased with my decision.

The Council of Three consisted of the three humans and three dragons who ran this place — three rather than six, apparently, because each human was bonded with their dragon. Since Salanraja had learned of my dreams of Astravar, she’d started nagging that I should go to the council about them. But, in all honesty, I didn’t think the Council would be too pleased to hear of them.

Last time I’d told them something about Astravar, they’d pinned me up in the air with their magic, probed around inside my head, and then sent me on a near death mission against a bone dragon and one of Astravar’s elusive Manipulators.

It wasn’t so much that I was afraid of what the Council would do to me, but rather that they’d order me to go out and do something about it.

There came a mewling sound from the sofa, and Ta’ra woke up. She looked down at me, blinked, and then stretched herself on all fours. At the moment, she was the same size as me, but she could change her size whenever she wished. She hadn’t done this, though, for quite a while.

She jumped down on the floor, then she strolled over to her food bowl. When she got there, she turned to me and growled. “Ben, you ate my food,” she said, and she arched her back, hackles shooting up out of it.

“I don’t know. You must have eaten it.” I really was telling the truth. But Ta’ra had seemed a little forgetful as of late.

She looked like she wanted to pounce, and I readied myself for a fight.

“What is this commotion about?” Aleam asked from the bedroom door. He wore his nightgown and sleeping cap and looked like he’d not slept all night.

Ta’ra turned to him. “He stole my food.”

I groaned, and Aleam sighed at the same time. He looked at me, then Ta’ra, and then he shook his head. “There’s plenty more mackerel where that came from, Ta’ra,” he said, and made his way off to the cupboard. “Though I saw you eating something last night while I was up working on the cure.”

He hobbled over on his staff, picked up the bowl, and took it over to the cupboard and opened it. As he dished out more minced mackerel from a larger bowl, there came a knock on the main door.

The door opened to reveal Rine standing there. He wasn’t as spotty as when I’d first met him. I guessed it was because he was kissing Bellari less.

“Initiate Rine,” Aleam said. “What can we do for you this fine morning?”

He scanned the room, and then he turned down to look at me from where I sat staring back up at him on the floor. “There you are, Ben,” he said. “I thought you might be sleeping in Salanraja’s chambers.”

But that’s what so many humans fail to understand. One thing that’s great about being a cat, is that you have complete liberty about where you sleep. In truth, it’s also entirely political. The more you endear someone to you, the more likely they are to give you food.

Which is why, in South Wales, I chose to sleep in the master’s bedroom most of the time. They were the ones with access to the food.

Back in Dragonsbond Academy, I had multiple subjects I needed to keep on my side. The first was Salanraja, the ruby dragon I’d bonded to. I’m not sure she appreciated my company that much. But then who was I to judge? In all honesty, I liked sleeping in her chamber, warmed up by the dragonfire boiling in her is stomach. It was just like sleeping by the fireplace in the world where I’m from.

Sometimes I also slept in Driar Rine’s room as well, although less and less since his girlfriend, Bellari, had complained that he was getting too many of my hairs on him. She was allergic to me, you see. Although with her temper, I often wondered if she was allergic to everyone but Rine.

For the last few days, I’d slept here, but given Ta’ra’s recent outburst, I’d already decided to try somewhere else for a few days.

Right now, though, I couldn’t be bothered to explain this all over again to Initiate Rine. “What is it now?” I asked, because the look in his eyes told me he had a task for me he didn’t think I’d like.

He gave me a knowing look. “The Council of Three has summoned you,” he said. “They say that they want to talk to you about your dreams.” 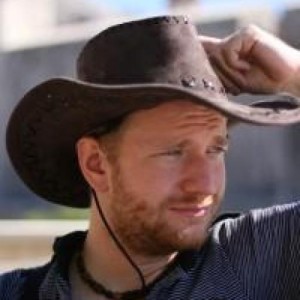 A Cat’s Guide to Travelling Through Portals Excerpt: Chapter 1